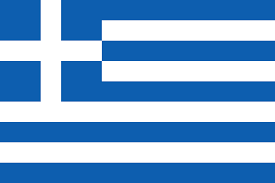 Unexpected things can always happen in divorce court, but you usually don't expect the judge to make a racist comment resulting in a legal error that can change the entire case. A judge in Pennsylvania has been accused of racism after several remarks he made during a child support hearing.

The man in the case, Kostas “Gus” Hartas, is Greek. He said that the judge, Michael Coll, accused him of not paying his child support because of his ethnicity. According to court transcripts, the following exchange occurred:

Coll: “Are you of Greek background sir?”

Coll: “That's why their country is in bankruptcy.”

Coll: “So can I take judicial note of the fact that the Greeks are in bankruptcy as a nation and one of the reasons, the principal reason is because none of them ever pay taxes?”

Hartas' attorney continued to object until the judge said “Well, these are simply statements of fact, right?”

According to Hartas, his mother was reduced to tears at the judge's statements. Hartas has lived in the US since he was 3 years old.

The judge apologized to NBC10, but Hartas is demanding an in-person apology. Coll has also vacated the child support order signed at the hearing and ordered a new hearing with a different judge. However, he has not faced any disciplinary actions yet.

When something shocking like this occurs, you need a lawyer on your side. Hartas' lawyer did the right thing. Courts must be fair to the litigants in front of them or they lose all legitimacy and cultural bias as so place in the court. When a judge lets personal feelings sway their decisions, lawyers must be ready to call them out on it.

Most lawyers and judges know better. Personal feelings cannot get in the way of the legal process if it is to remain fair. At Elise Buie Family Law Group, PLLC, we will argue the facts of the case and the laws of the State of Washington to the judge if your divorce case goes to trial. Call today for a free consultation.