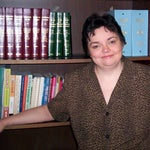 Kathryn V. Fields is of counsel with Elise Buie Family Law Group. She comes to our family law practice with more than thirty-six years of experience helping clients successfully navigate the complex requirements of family law in Washington state.

Her breadth of experience includes working with multicultural families, non-traditional family relationships, and families in conflict and crisis due to domestic violence.

Kathryn believes one of the hallmarks of civilized society is how it treats members who do not represent the majority or the most powerful. She is passionate about issues such as access to justice, domestic violence, and integrity of both the legal system and those who operate in it.

Family law in Washington gives people protections, rights, and options when faced with disintegration involving their marriages, children, finances, and future. Guiding clients through the chaos is both a privilege and great responsibility. Kathryn finds reaching clients' goals and affecting positive change, especially in tough cases, is both professionally and personally rewarding.

Kathryn holds her B.S. in elementary education, with an emphasis on early childhood education, conferred by Portland State University and her J.D. from Willamette University College of Law.

Role in the Seattle Community

During the fall of 2013, Kathryn was appointed to serve as a Family Law Commissioner Pro Tempore for King County Superior Court. She continues to serve in that capacity at both the Seattle Courthouse and the Norm Maleng Regional Justice Center in Kent.

In her free time, Kathryn enjoys live theatre, short film projects, and the Pacific Northwest outdoors. She is also active in the miniature art community.