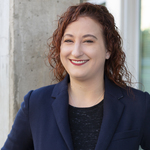 Shayla McKee is a passionate family law attorney with experience in all major areas of family law and a special interest in cases involving high conflict custody disputes. Born and raised in Washington State, Shayla attended Washington State University before moving cross-country to attend law school at Seton Hall University School of Law in New Jersey. While attending law school, Shayla interned with the lead matrimonial judge for Essex County, which continued into her work with the judiciary as Law Clerk to the Honorable Michael R.Casale, J.S.C. Following her one-year maximum tenure as a Law Clerk, Shayla returned home to Washington State and began practicing family law. Shayla has practiced family law in Benton, Franklin, Walla Walla, Adams, Grant, Yakima, Whatcom, Skagit, Snohomish, and King counties. Before joining Elise Buie Family Law Group, Shayla practiced as an associate attorney with Ashby Law PLLC in Kennewick, McKinley Irvin PLLC and Brewe Layman PLLC in Everett. Shayla is a member of the Snohomish County and King County bar associations, as well as a member of the Board of Directors for Snohomish County Legal Services.

Shayla McKee spent several years participating in academic competitive mock trial during undergraduate and law school which built her trial skills long before she began practicing. As an actively litigating attorney, Shayla understands the importance of being prepared and comfortable to take disputes to trial, while also understanding the importance of being open and willing to mediate and negotiate all disputes when possible. At the end of the day, trial is nothing to fear, but also doesn't have to be the only way of resolving a case. Only the client can ultimately decide what resolution will work for their family, and Shayla works hard to make sure her clients are educated on all options and outcomes so they can make an informed decision about their case and their future.

When away from work, Shayla enjoys spending time at home with her partner and their two cats, Magnus and Echo. Never one to sit still, Shayla is frequently working on a creative project both at home and while traveling, such as reading, writing, yarn crafting, and needlepoint work. Between projects, Shayla enjoys traveling around the Pacific North West, West Coast, and internationally to discover more of all the beautiful things the world has to offer.