The Issue of Marriage Equality Reaches the US Supreme Court 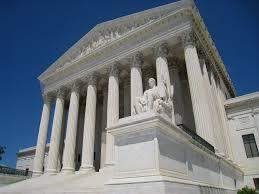 On April 28, 2015, the United States Supreme Court heard the oral arguments of parties contesting bans on same-sex marriage in 4 states: Ohio, Michigan, Kentucky and Tennessee. These states are the only ones in which bans on marriage equality have been upheld by federal appeals courts.

Currently, couples have the ability to marry regardless of biological sex in 36 states. The potential impact of a ruling by the Supreme Court would be to normalize the access to legal rights across all states.

In Washington, marriage equality was established in December 2012. While this means that many Washington couples enjoy rights that would be denied to them in 14 other states, these couples face significant disadvantages that other couples do not. If couples from Washington (or any state that recognizes the right to marry) wish to relocate, they must be wary of states who would refuse to acknowledge same-sex marriage from different jurisdictions.

Even in states where federal courts have overturned bans on same-sex marriage, couples can have a difficult time gaining access to certain legal procedures. In Arizona, the ban was struck down October 17 2014, yet in March of 2015, a judge in Tucson refused to grant a divorce to Martha Morris and Vicki Sullivan, a couple who relocated to Arizona after being married in Vermot in 2010. He not only refused to grant the couple a divorce, he dismissed their petition 'with prejudice' (meaning that there was not ability for an appeal). The ruling was entirely based on the judge's view of the legitimacy of same-sex marraige.

A ruling by the Supreme Court could go a long way in eliminating these inconsistencies and ensuring that couples in all states have equal access to legal proceedings governing marriage, adoption, custody, divorce and division of property.

However, how the Court will rule is unclear. Legal analysts agree that the decision will be a split one - with the 'conservative bloc' of the bench asking questions during oral arguments that lead most to believe they will vote against marriage equality, and the 'liberal bloc' asking questions that most viewed as relaying an opposite stance. Most eyes were on Justice Anthony Kennedy, who is predicted to be the 'swing vote' in this case. The questions posed by Kennedy to the attorneys representing both sides of the debate were a mixed bag - most agree which way he will rule on the issue is still unclear.

The decision, which will be one a landmark case of the current Court and one which millions of Americans are anticipating, is expected to be released early this summer.